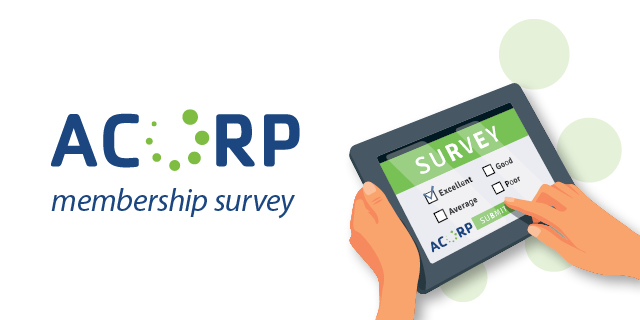 A big thank you to everyone who participated in ACoRP’s membership survey for 2019. We received a wide range of responses from across the membership, including another increase in the number of responses from station friends or adoption groups, and have carefully analysed the results.

Now occurring every year, the survey provides us with some member satisfaction measures which helps us to assess and reflect on what we are doing well and what we need to improve. In addition, it allows us to create a more detailed picture of your future priorities and challenges, which ensures our work continues to respond to your needs and provides support for the growing community rail movement.

The headline figures for 2019

The results of the 2019 membership survey will help to inform the ACoRP team’s planning processes over the coming months, and will be fed back to key partners including the Department for Transport. An update was given to the ACoRP board earlier this month. The next survey will be carried out in early Autumn 2020.

A big thank you again from all the ACoRP team. We really value your input and suggestions. Remember that we are always listening and are always keen to hear your thoughts and ideas so please do get in touch.

RT @RailDeliveryGrp: We wish Newcourt station a happy 5th birthday today! 🎉 On the Avocet Line, it has been serving East Devon since 2015…

RT @networkrail: ❌🚶‍♂️🚶‍♀️ We’ve launched our new trespass campaign reminding everyone you're on dangerous ground trespassing on the railwa…