The ACoRP award winning Mytholmroyd Station Partnership’s Sue Mitchell brings us up to date with all the latest happenings from the West Yorkshire station.

Evenings are drawing in, but the stars are out in Mytholmroyd!

Self-praise is no praise, but when Mytholmroyd Station Partnership was awarded the trophy for Outstanding Contribution to Community Rail, the first thoughts were ‘didn’t we do well’ as Geoff, George and I stumbled up to the stage, becoming aware of applauding friends all around. What an experience!

The evening in Telford International Centre was a huge success from start to finish thanks to hosts West Midlands Railway and London North-Western Railway; and our own ACoRP friends who organise the annual event. No mean feat that! I can’t name all, for fear of leaving anyone out, so thank you everyone for organising a wonderful event – once again!

Arriva Rail North’s Management hosted us, and kept us fed, watered and entertained all evening. Thank you so much.

The Station Building, Mytholmroyd; still looking wonderful and up for the change that has come about in recent weeks. We are in the process of slowly coming out of panic mode following the offer put to our charity, now that Northern no longer require/need space in the building. The Station Building, Mytholmroyd; CIO1174609 has been offered a twenty five year lease as sole leaseholder/ tenant of the building for the use of the Community.  Should any trade be interested, then a commercial rent would be applied, community involvement will be treated pro-rata. Obviously, the building requires maintenance and regular expenditure so even a community/charity will incur some expenses, but at an affordable rate.

Tuesday the 15th of October, up early and to Liverpool for the AGM of the Women in Community Rail. The standing committee were voted back in, unanimously. Highlights from the meeting included:

A new part time post is being created for someone with Social Media and IT skills is need to build on these successes. Karen Bennett, Community Rail Lancashire’s railway education officer volunteered her social media skills to the steering group. 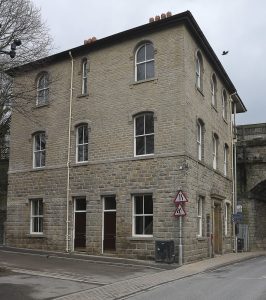 The long-awaited meeting with Network Rail and Northern Rail was held on the 21st of October 2019 in Leeds.

In the event six of the ten trustees of  the Station Building  were present for the meeting with Derek Brace, Estates Manager, Network Rail (owners of the building), Paul Milnes, Estates Manager and Carolyn Watson, Community and Sustainability Director, both of Northern.

It was  an interesting meeting led by Derek Brace; obviously Network Rail is anxious to see their excellent restoration of this fine Listed Grade II building open for use –time, money and expertise has been spent on its upgrade; we all share the desire to see the building put into good use for the community. It certainly enhances and upgrades what was once a rather dilapidated and run-down part of Mytholmroyd.

It goes without saying that we Trustees were taken aback by the withdrawal of Northern’s interest in occupation of part of the building. But – we have to remember this present situation is what was anticipated when the CIO was formed in 2017. There is much expertise within the railway family to see us through the unfamiliar and complicated process we now have to master in order to gain the leasehold of the building.

But, of course, it’s also dependant on the occupiers of the building to supply the stability and financial assistance; occupation will not and cannot be free, there are still overheads and running costs to be found.

The meeting was good, helpful, with many of our questions answered positively; as Derek kept repeating ’don’t dismiss quirky, strange ideas in the business plan; you don’t ask, you don’t get!’

Now the real hard work starts! Where to start for a start!

RT @ScenicRailBrit: Take a virtual adventure and discover #ScenicRail lines that journey past impressive natural landscapes, on our website…