Stand Clear of the Closet Doors

Stand Clear of the Closet Doors 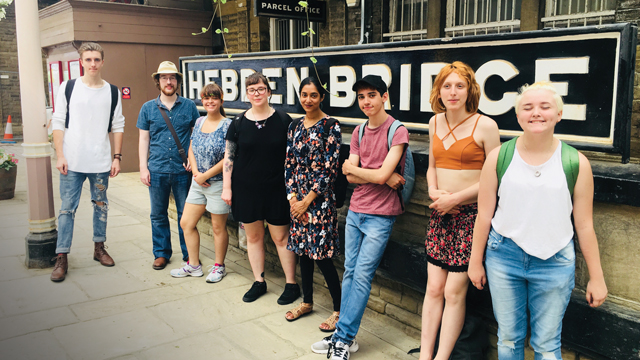 Confident and safe use of public transport is a right that must be available to all people within our communities. However, in a London-based survey, 40% of LGBT+ people said they avoided using public transport because of fear of assault or actual assault. Therefore, it is vital to facilitate the sharing of ideas from all within society, including LGBT+ people, to assist with efforts in this area and promote diversity.

Community Rail Lancashire worked to promote and enable this representation through ‘Stand Clear of the Closet Doors!’; a writing and art project which shared the views and knowledge of young LGBT+ people via rail-linked information. The scheme was delivered in partnership with the Proud Trust, a local Manchester-based life-enhancing organisation that helps young people empower themselves to make positive changes for themselves and their communities. 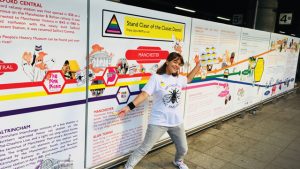 Over several weeks, the young people (aged 16-26) travelled to a range of locations by train, developing their rail knowledge and enhancing their understanding of the history and current developments in North West LGBT+ communities.

By visiting stations, museums, libraries, community centres and other sites, they created a rail guide encouraging people to follow in their footsteps. Artwork they produced was also used to create a 14-metre long map, which was put on display on Manchester Victoria Station for five months. The project also taught those involved about appropriate and safe use of the railway.

The project was launched to around 300 LGBT+ young people at Manchester Metropolitan University, with participants delivering speeches and distributing booklets and stickers to guests. The partnership, Northern and the Proud Trust then promoted the work on display at Manchester Victoria, distributing further resources and receiving “excellent feedback” from passengers. Booklets and stickers were also given out to thousands of attendees of Manchester Pride, many of whom had a limited understanding of rail and reacted very positively to learning more about the project. The booklet even featured acting legend Sir Ian McKellen, who praised it as being “such an inventive idea”.

Through the booklet and accompanying artwork, Community Rail Lancashire and the Proud Trust engaged the public on LGBT+ topics and also the LGBT+ community regarding rail access. They were able to influence perspectives and assist in the creation of allies within rail, community rail and the general public, particularly by providing information regarding LBGT+ friendly vocabulary use and challenging existing perceptions. 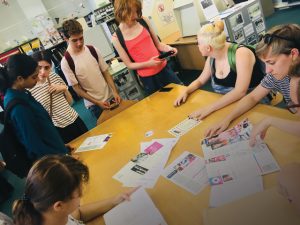 The partnership noted that one of the project’s major successes was ensuring that hundreds of young LGBT+ people became connected to and confident in using rail, thanks to ongoing work towards making rail and community rail a fully inclusive environment. Those taking part said they had met and made new friends, developed confidence in group and teamwork, had experience a much-needed LGBT+ safe space, and travelled to places in the North West they wouldn’t have had the knowledge or money to visit before.

One participant said: “This is undeniably an awesome project. People from all over the country will see this art! I am so happy to have created art together that will impact on so many people. It can brighten their day, be relatable to LGBT+ people and associates, be a nice distraction, and even be very educational!”

The success of the project saw it delivered as workshops for both Community Rail Network and the Department for Transport, and led to the development and approval of a new and exciting project for 2019/20, ‘Ticket to Pride’, which will look to combat LGBT+ hate crime on public transport through education, youth engagement and artistic installations.